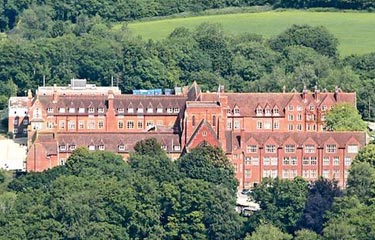 The Ardingly College Lodge meets four times a year, and the lodge year starts in September. The first three meetings are held at Freemasons’ Hall in Great Queen Street, London, and then the fourth and final meeting is held at the school in the summer term. The London meetings start at 5 o’clock, and after these meetings we dine at 7.30 in a nearby hotel or pub. The School meeting is often held in the late morning, in the Lower Library, in the New Wing, followed by luncheon in College with Masonic and non-Masonic guests, including college staff, wives and partners who like to come.

The first meeting of our year is the Installation meeting held on the fourth Wednesday in October. This is the meeting at which the Master-elect is installed for his term of office, and he invests his officers for the ensuing year.

Our second meeting takes place on the second Tuesday in December.

The third meeting is held on the first Wednesday in March. The December and March meetings are our principal general business meetings.

Our summer meeting at Ardingly is nominally on the third Saturday in June, but it may be adjusted according to the college’s calendar in any year, but not normally by more than 28 days

Meetings for 2020 are set for these following dates, based on the above schedule:

Freemasonry being a very sociable organisation, not only do we invariably have guests from other Lodges at both our London and our Ardingly meetings, but many members of the Ardingly College Lodge also visit other lodges, not only local lodges of which we may also be members, but also other Public Schools lodges in particular, and especially those of fellow Woodard schools; and of course other Masonic orders including the Woodard Royal Arch Chapter, for which see the Woodard Masonry link.

Masons who would like to visit the Ardingly College Lodge will be very welcome. Get in touch with the Secretary for details of the next meeting.